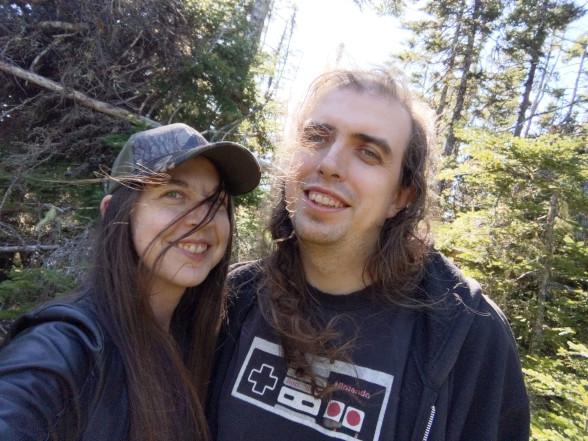 I had quite a busy Spring, Summer, and Fall lined up on my calendar this year. Touring and performing with several different projects, a number of conferences, retreats, and events. I had started jamming with more people and had some new projects on the go. I was doing theatrics in an Alice Cooper tribute band that had a bunch of shows lined up around Quebec. I was playing more traditional Celtic music with a violinist who had just moved to town, and Kyla Tilley had a ton of stuff happening. The choir had a killer program lined up for the spring, and I had begun preparing choral arrangements for a couple of my songs to start shopping around. I had also started a wedding flower business to take advantage of that skill and had dates lined up for the spring and summer.

I think about two days before I was set to head to the GTA for another run of shows to promote the New Shoes album we went into lock-down.

As sad as it was to have everything grind to a halt, I deeply enjoyed the opening few months of the pandemic. Montreal is a very vibrant city with a lot going on. A couple years ago I instigated Sunday Souls Day. Sometimes whole weeks go by during which I spend no evenings at home, and in order to make sure I got some down time I started refusing to do anything on a Sunday. Sunday became the day that I stayed home and played video games all day. (and by video games, I mostly mean Dark Souls, hence, Sunday Souls Day) Having zero obligations for days and weeks on end has been downright wonderful and revitalizing.

I was writing tons of music, and playing video games every evening. (We’ll talk more about that in a later post) My husband was working from home and we took turns on who got to use the main room or the bedroom in our 1 bedroom apartment. We were buying groceries once a week and just focusing on our own projects and enjoying one another’s company. I started a daily stream on Twitch, and even managed to get a couple more Youtube videos recorded. The choir was even still managing to meet online once a week.

This lifestyle suited me enormously well and we were very happy.

However. By June my neighbours started complaining about the constant music coming from my apartment. It also became apparent that it might be a really long time before it would actually be safe to go to our music studio, which is a windowless room in an old building with an air circulation system that frequently pumps other people’s smoke into our room. My husband was really missing his drum kit. Not being able to play my acoustic guitars was cramping my style. It wasn’t long before thoughts of returning to Newfoundland and living somewhere rural where we could make music all day long without annoying anyone started to take root. We were granted a travel exemption to spend the summer here to decide if moving back was really viable for us.

And so, we have since returned to Montreal, packed our things into a moving truck, and are now in Newfoundland waiting out our quarantine. We aren’t fully settled yet, but we have temporary lodgings for the winter while we look for something more permanent. Meanwhile, I’ve got big plans to occupy myself over the winter.

So, the long story short, Kyla Tilley and Molt are Newfoundland & Labrador based artists once again.