The Kyla Tilley album is coming along. I’m recording twelve songs, of which at least ten will make it to the album. It will be a mix of older and more recent material, perhaps even with some songs you’ve never heard before. I’ve got the guitar tracks for 8 songs recorded, and am now jamming out some accompaniment with some co-conspirators.

It will be a fairly stripped down offering. At least three songs will be simply voice and guitar, with another handful with violin, and perhaps a little banjo and cello depending on people’s schedules. There will be touches of backing vocals, and at least two songs with electric guitar, bass and drums.

The album will be called New Shoes, and (unless I change my mind) will open with the title-track. Since the original cranberry heels for which New Shoes was written are currently out of style, (and in storage, waiting..) I saw no other recourse but to buy new stylish cranberry heels to wear for the album’s photos. I’ve included a picture for those of you who share my love of shoes. 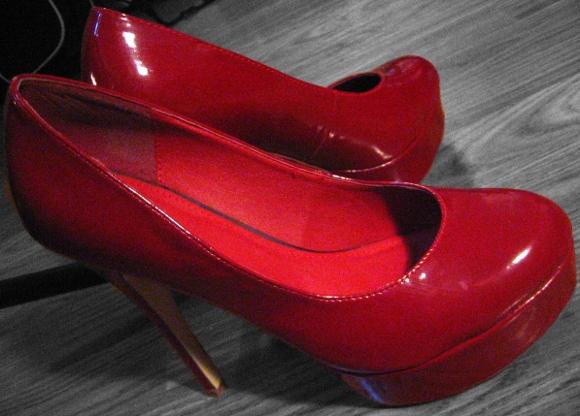